Major US movie theater chains, some relying on outside PR counsel, individually pulled the plug on Sony Pictures Entertainment's controversial film "The Interview" this week.

New York-based JCIR is supporting communications for Carmike Cinemas as the publicly traded, Georgia-based operator of 278 theaters in 41 states became the first major chain to scuttle the debut of the comedy, which has sparked an unprecedented cyber attack on Sony and threats against theaters that plan to show the film. 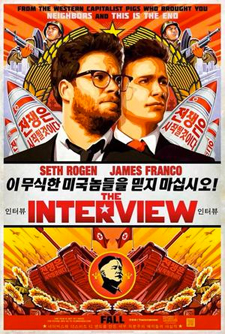 Columbus, Ga.-based Carmike said through JCIR on Dec. 17 that it must take threats against theaters very seriously. "The top priority for Carmike Cinemas is to ensure that our valued guests may enjoy the entertainment of their choosing in a safe and comfortable environment," the company said.

The trade group for theater owners, the Washington and North Hollywood-based National Association of Theater Owners, or NATO, on Wednesday gave members the green light to delay the film's release. “[I]ndividual cinema operators may decide to delay exhibition of the movie so that our guests may enjoy a safe holiday movie season experiencing the many other exciting films we have to offer,” NATO said.

Regal Entertainment Group, another theater giant with 573 locations, works with Abernathy MacGregor Group on the PR front. The company cited "wavering support" of the film, as well as the "ambiguous nature of any real or perceived security threats" in its decision to delay the opening of The Interview.

AMC, based in Leawood, Kan., with 344 theaters, cited the cancellation of the film's premiere and publicity for the actors, as well as "the overall confusion and uncertainty that has been created in the marketplace" in deciding the program its theaters without The Interview. ICR supports AMC on the financial communications front.

Cinemark, the chain which owns the Aurora, Colo., theater where a fatal shooting rampage two years ago, said via its head or marketing and communications, James Meredith: "We have determined that we will not exhibit this film at this time."

Bow Tie, a smaller chain of 62 theaters, said it was "saddened and angered" by the terrorism threats and said the unknown source and credibility of the threats spurred its decision to not debut the film on Christmas Day.

The theater chains' decisions to nix the premiere drew outrage from some in Hollywood, including The Interview actor Rob Lowe and producer Judd Apatow.

Sony, which is getting PR advice from Rubenstein Communications, said after the major theaters backed out that it has shelved the film.