Celebrity Leverage, by West Hollywood publicist Jordan McAuley, is a fabulous guide to linking products and personalities to celebrities of all types.

It capitalizes on the celebrity mania that is gripping the country, noting that while newspapers and magazines such as Newsweek, and U.S. News & World Report have switched to online-only (and Time is less than its former self), celebrity mags and publications like Entertainment Weekly, Us Weekly and Star are booming. 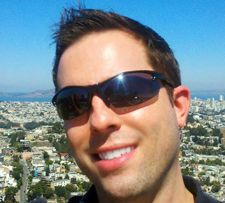 McAuley's book, sprinkled with scores of useful web addresses, notes that celebrities can not only be retained directly for use in publicizing products but that look-alike and sound-alike celebrities can be used cheaply and to good advantage.

He is the founder of Celebrity PR, which operates ContactAnyCelebrity.com.

Internet marketer Corey Rud hired George and Laura Bush impersonators for an event and the “crowd loved it,” says McAuley. Other celebrity impersonator sources are carboncopiescelebs.com, elvisthrasher.com, melodyknighton.com, and lookalike.com.

Celebrity voice impersonators sounding like Arnold Schwarzenegger, Brad Pitt or Angelina Jolie, for example, can answer your phone or do blast phone-messaging. Among those offering this service is Susan Berkley of greatvoice.com.

McAuley cautions that Woody Allen once reportedly sued a "sound-alike” and says users of fake voices may have to sign a "hold-harmless" agreement with the impressionist.


McAuley notes that many celebrities, when between jobs, make appearances for commercial purposes although the costs can range from a few thousands to $100,000+.

But he also notes that celebs can be used without ever contacting them or paying them.

Safety expert Debra Holtzman saw a photo of Britney Spears driving in her convertible with eight-month-old son Sean Preston in the back sitting in a car seat facing forward, a safety "no-no."

Holtzman posted it on expertclick.com, a site run by Mitch Davis, Washington, D.C., which lets experts post an unlimited number of releases yearly for $795. Her story was picked up by numerous top media outlets and celebrity gossip bloggers.

Holtzman also piggybacked on Pitt and Jolie when she saw daughter Zahara strapped to Pitt's back while he rode a bicycle.
Her press release pointing out the danger of doing that got wide coverage. She noted that Zahara did not have a helmet or closed-toes shoes.


McAuley describes the “Gift Suites” that celebrities visit before events that are stocked with everything from clothing, accessories, to gift certificates for spa treatments, vacations and expensive products. Shows such as “Access Hollywood” and “Entertainment Tonight” provide coverage of the suites.

Publicists may pay anywhere from $2,000 to $20,000 to participate but the money is "well-spent" if you leverage the celebrity connections and publicity you receive," says McAuley. Firms handling such suites include Gavin Keilly’s GPK Productions and Back Stage Creations.

Among sources recommended are celebrityblackbook.com, with more than 55,000 celebrity addresses; esterman.com, which tracks celebrities who are available for commercial purposes, and Rita Tateel's celebritysource.com

Writes McAuley:"Make sure you always send a real thank-you note (not just e-mail) to any reporter or journalist who interviews you or writes about you -- no matter how small the write-up is."

A reporter he had sent such a note to kept the note and when he needed some input he contacted McAuley.

"The story ran as an eight-page spread with photos and the magazine even paid me for helping with the article," he says, "all because I sent a thank-you note that reminded the reporter who I was when he needed an expert on my topic."

"At the end of the day," says McAuley, "most of your media opportunities will come down to your relationships with the media."

He quotes marketer John Kremer of bookmarket.com as saying that marketing is one thing: "creating relationships. If you don't understand this basic principle, you will ultimately fail as a marketer. Indeed, you could fail in life as well."