The Cornhusker State, which created a new state agency to promote tourism last year, is reviewing its tourism PR account covering a range of marketing tasks with an RFP open to a single agency or team of firms. 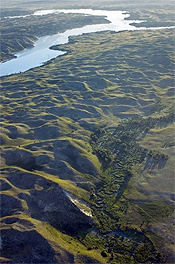 Nebraska released an RFP on April 25 through the newly minted Nebraska Tourism Commission to handle public and media relations, branding, custom publications, advertising and other marketing efforts on a $2.1M annual budget.

Lincoln-based Snitily Carr is the incumbent.

The NTC, with a budget of nearly $19M, was created last year as a separate entity out of the state's economic development department, which was to be merged with Nebraska's labor department.

The commission said yearly growth rates in visitor spending average from five to six percent with 2012 spending at $3.1B.

A three-year contract with two option years is expected.

Proposals are due May 16.