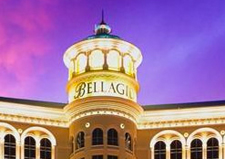 Activist investor Land and Buildings has engaged proxy and PR support as it pushes a slate of four director nominees for the MGM Resorts International board and a split of the company.

New York-based Sloane & Company is providing financial PR counsel to L&B, a Stamford, Conn.-based hedge fund focused on the real estate sector. L&B wants MGM, the top Las Vegas casino operator, to split into a real estate investment trust and spin off a hotel/lodging company. L&B, arguing that MGM is undervalued and its board missing opportunities, is using Innisfree M&A for proxy solicitation.

Clark Dumont heads corporate comms. for MGM Resorts, while Sarah Rogers is VP of IR. MGM told Bloomberg earlier this month that it agrees the company is undervalued, adding it would review the L&B slate, although its preliminary proxy unveiled three days later did not include any L&B nominees. MGM in an SEC filing said its board "strongly urges" investors not to sign or turn the L&B proxy card.

L&B on April 1 released a public letter to MGM’s lead independent director, urging formation of a special committee and engagement of an independent financial advisor to evaluate options.