In hiring former Brooklyn Congressman Anthony Weiner as a part-time consultant, MWWPR made a shrewd and gutsy move that puts the New Jersey-born (East Rutherford) firm on the Big Apple's radar. MWW ranked as O'Dwyer's No. 7 independent firm with 2014 fees of $51.8M. 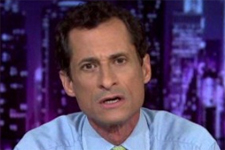 Weiner is a straight-talking, no BS, street-smart guy, a personality-type found lacking in most large PR firms. Before triggering his own downfall via the texting fiasco, he was the most powerful Democratic politician in the city. He's NYC through and through. A guy who gives street cred to MWW.

The politico was President Obama's point man during the battle to pass his landmark health insurance. During the thick of the battle, Weiner was ObamaCare's No. 1 defender in what seemed to be round-the-clock interviews by Republican and business opponents of the legislation. He cleaned their clocks and did the nation a lot of good. If anything, Weiner knows how to handle both media and crises.

MWW CEO Michael Kempner had to know there would be a gleeful right-wing media assault on his decision to give the ex-Congressman a second chance. As on cue, Rupert Murdoch's New York Post rose to the occasion, running a Carlos Danger and "Working Stiff" front cover story on Weiner's new job.

The truth: Weiner isn’t going to work directly with MWW clients, such as Ball Park franks—which the Post helpfully suggested on the cover.

He will provide invaluable expertise on public policy including healthcare and technology.

Weiner's wife, Huma Abedin, is a top aide to former Secretary of State Hillary Clinton. She's expected to continue to work for Clinton in the White House.

Kempner has raised money for both Clinton and President Obama. He doesn't need Weiner for future White House connections.

The MWW chief understands that Weiner is a brilliant guy who has his ear to the ground on Democratic and New York politics. The firm will benefit from Weiner's counsel. Kempner made a smart move.