Bondholders of Puerto Rico's electric utility have engaged Sloane & Company for communications support as they zero in on terms to restructure a large portion of the power entity's $9B in debt. 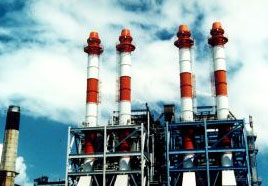 It is the first major deal in restructuring Puerto Rico's estimated $72B debt.

The bondholders and Puerto Rico Electric Power Authority agreed to terms Sept. 2 to overhaul $5.7B of bonds. The New York Times reported PREPA's debt is valued at $8.1B, but $2.4B of that is insured with the insurers expected to negotiate separately.

“Today’s announcement represents a significant positive step for all stakeholders involved – including the people of Puerto Rico – and we are pleased to have reached this agreement with PREPA,” the group's financial advisor, Stephen Spencer, said in a statement.

The Wall Street Journal said the deal could pave the way for similar agreements between investors and Puerto Rico's beleaguered public agencies.

Puerto Rico's government is working with SKDKnickerbocker and Sard Verbinnen & Co. for PR during the fiscal crisis.