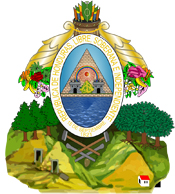 Corruption-riddled Honduras, which was rocked by mass protests over the summer, has hired Ketchum to provide ongoing strategic counsel, media relations (proactive & reactive) and to drum up third-party support.

President Juan Orlando Hernandez has rejected calls for his resignation over allegations his political party diverted funds targeted for social development in the Central American hotbed.

The Omnicom unit plans to study Honduras' "products, markets, policies and objectives for the purpose of communicating to client opportunities for PR or publicity programs," according to its agreement.

Honduras has agreed to pay a maximum of $421,333 for fees/expenses over the course of the one-year pact.

Ketchum reports to Hilda Hernandez, who is minister of strategy & communications for Honduras.