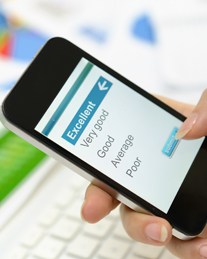 The shelf life for “passive measurement” tools may not be a long one.

While clients and suppliers alike cite passive measurement as a growing source of consumer insights, roughly two thirds say they will not be using passive data two years from now, according to a new study conducted GfK and the Institute for International Research and released Tuesday at The Market Research Event (TMRE).

The study, which took the pulse of more than 700 market research clients and suppliers, found that 68 percent of clients and 69 percent of suppliers said they are doing no passive measurement today and do not expect to start in the next two years. Roughly one quarter of each group says they are doing no passive measurement today but expect to be doing some two years from now.

Passive measurement uses devices and tools simply to monitor Web traffic, as opposed to deploying an active approach, in which brand managers can inject certain tests packets into servers and applications to try and obtain legitimate metrics.

According to the study, roughly six in ten clients and suppliers said they will be doing research using mobile apps and/or mobile browsers two years from now, with suppliers more likely to say they are already doing it.

The study showed some diverging points of view among clients and suppliers.

Asked what is the “biggest gap” in the market research industry today, suppliers were more likely to cite “data quality” (20 percent vs. 15 percent for clients).

And while “integrating information from different sources to tell a story” was the most frequent choice among both groups, the percentage for clients (31 percent was significantly higher than for suppliers (23 percent).

Budget limitations are and will likely remain the leading organizational issue for clients and suppliers; but a variety of other concerns, such as data integration and regulatory concerns, are seen as nearly equal in importance.

Buckle up. The quest to properly integrate online analytics into PR campaigns and marketing communications is going to be a long and arduous mission.

To request a topline summary of this report, write to [email protected]