Murray Weissman, a partner in Weissman/Markovitz Communications, Los Angeles, a leading publicist for many years, died Dec. 28 at his home in Los Angeles. He was 90.

He worked on Oscar-winning campaigns for Best Picture winners “The Sting,” “Kramer vs. Kramer,” “Dances with Wolves,” and “The English Patient,” among others.

More recently, he worked as a publicist for the “Mad Men” TV series. Matt Weiner, creator of the series, called him an essential part of the “Mad Men” team, praising his cleverness and patience. 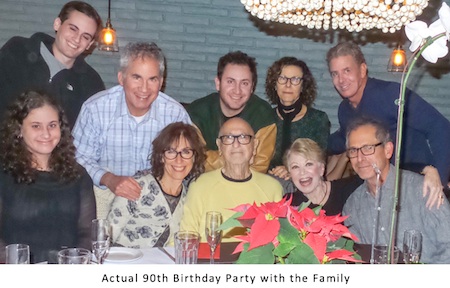 Weissman/Markovitz is currently handling “The Big Short” which analyzes the 2007-08 financial collapse.

Started at ABC and CBS

A native of Brooklyn who moved to L.A. in 1936 with his family, Weissman graduated from the University of California’s School of Journalism. He served as a Navy radio operator during World War II in 1944-45 aboard the attack transport USS Clearfield.

Weissman started his career with ABC and CBS TV networks, moving in 1966 to Universal Pictures where he was chief of the motion picture publicity department for ten years. He opened his own firm in 1981 after working for Lorimar Productions and Columbia Pictures. Weissman/Markovitz was formed in 2006 with his son-in-law Rick Markovitz.

He is survived by his wife, Kay Friedman, children Benjamin and Julie, and three grandchildren.