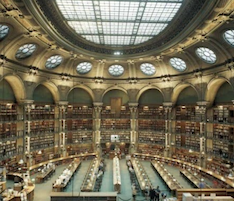 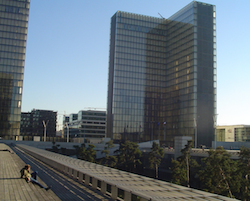 The French National Library, Paris, the nation’s biggest library whose four buildings are used by one million+ yearly, in 2008 rejected a proposal to install Wi-Fi throughout the library.

Another reason given for hard-wiring its hundreds of research seats is that wired “allows a very high data rate delivery transmission.”

“For the many researchers who go regularly to the library this option is important, it added.

The library’s decision to bar Wi-Fi was “a spectacular and symbolic” rejection of the Wi-Fi alternative. “Wired connection is a credible solution,” it further added. 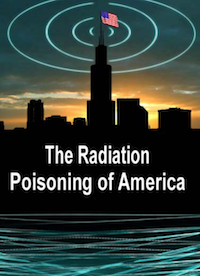 Coverage of the decision by Next Up provided a link to a 14-page essay by Amy Worthington, reporter for the Idaho Observer, in which she details the threats to health of Wi-Fi.

Her 2007 essay, titled “The Radiation Poisoning of America,”

says the U.S. has lagged far behind other countries in recognizing the health threat of “ubiquitous” Wi-Fi radiation.

She quotes public health specialist Dr. George Carlo as saying microwave radiation is “potentially the biggest health insult the nation has ever seen,” surpassing the health problems created by cigarette smoking and asbestos.

Electromagnetic radiation health advocates have published a list of 29 doctors, schools, libraries in more than a dozen countries that are trying to push back the tide of Wi-Fi.

Worthington, in a Jan. 19, 2015 essay on Wi-Fi meters that measure electricity and water usage, said the cost to consumers for nationwide installation has been estimated at $225 billion. Each meter costs about $3,000, according to the Attorney General of Massachusetts.

“Neither the federal government nor grid profiteers have ever undertaken a single public health study about the long-term health effects of exposure to EMR from the ‘smart’ meters, she says.

“Especially worrisome,” she adds, “is that the American Academy of Environmental Medicine says the meters place children at particular risk for altered brain development and for impaired learning and behavior.” Cited is the 2012 Bioinitiative report.

More than 300,000 microwave towers and rooftop antenna arrays have been constructed in the U.S. in the past 30 years, greatly increasing the amount of EMF impacting the public, she says.

“There are also many reports of cancer clusters among people living near cell towers or in buildings directly under them. The ‘smart’ grid network inflicts an incalculable increase in hazardous EMR at at time when the International Agency for Research on Cancer has designated all RF/microwave electromagnetic frequencies as a Group 2B carcinogen (possibly cancer-causing).”

“Millions of workers occupy worksites on a daily basis where operating antenna arrays are camouflaged and where no RF safety program is carried out. Thanks to shameless predatory advertising techniques, American youth are now literally addicted to ‘texting,’ watching TV and accessing the internet on tiny wireless screens.

“These are the toys that keep cell towers and Wi-Fi hot spots buzzing. A nation that requires compulsory mass irradiation to fuel its trivial entertainment needs is surely destined to have a sickly and short-lived population.”