Online nutrition coach Joe Wicks, also known as the “The Body Coach,” has signed on with Manifest New York.

British fitness expert Wicks, creator of the online training and nutrition plan 90 Day SSS Plan, has hired Manifest to work publicity for the release of his forthcoming book, “Lean In 15,” which is scheduled to be published in the U.S. in May by HarperCollins imprint William Morrow. 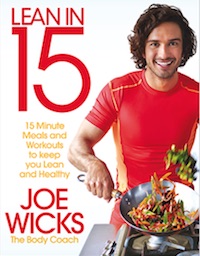 Manifest in March will execute a three-month integrated campaign for the U.S. release of “Lean In 15,” consisting of traditional, online and social media outreach. Wicks in March will travel to the U.S to host a series of “Lunch and Learn” sessions to introduce the diet concept to U.S. audiences.

Wicks in a statement said he signed on with Manifest New York because of the agency’s ability to make UK brands successful in the states.

“Manifest New York combines great British creative thinking with an innate knowledge of the U.S. media landscape,” Wicks said. “This made them the perfect partner for the brand’s American entrance.”

Manifest, which was founded in 2009 in London, opened a New York office last year.