PR Society of America director Garland Stansell, CCO of the third largest pediatric center in the U.S., and PRSA are logical hopes of Wi-Fi health advocates for a PR campaign vs. the plague of radiation that is especially harmful to children.

Stansell, former chair of the Society’s Health Academy and past president, Alabama chapter, heads PR for Children’s of Alabama, Birmingham, tenth busiest in the nation, where he has worked since 1994.

Its principal facility is the Benjamin Russell Hospital for Children.

The Wi-Fi industry, supported by many of the biggest corporations in the U.S., will be in full flower April 19-21 in Tysons Corner, Va., for the inaugural “Wi-Fi Now 2016” conference which expected to draw thousands. EMF (electromagnetic field) healthcare advocates are planning a demonstration of some kind.

Three other Society directors are in the health sector and should look into the EMF threat. 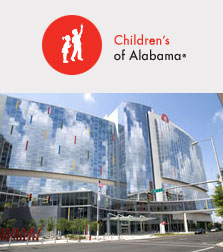 The four Society education-related directors, since they deal mainly with teenagers and young adults, should also raise their voices for basic Wi-Fi and cellphone precautions.

The precautions include never putting a cellphone next to an ear, never carrying one in a pocket, and switching from cordless to landlines at home and work. EMF health advocates urge parents not to let children under 12 use cellphones. Computers, keyboards and the computer mouse should all be hard-wired.

Eleven of the 17 national board members are women and many if not most are married and mothers. We hope they will see themselves as women and mothers first who care about the welfare of children and who can put aside their titles with the Society for the moment. Actually, what is good for the children would be good for the Society.

The Children's of Alabama website lists numerous dangers for children but not those from EMF. A sampling is below. 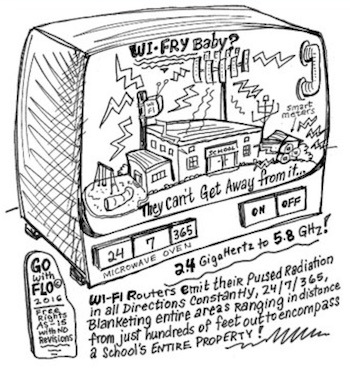 Bike riding is fun but a bike crash can be dangerous if a child is not wearing a helmet. Why? Because many bike accidents involve a head injury, so a crash could mean permanent brain damage or death for someone who doesn’t wear a helmet while riding…

Choking: What to Do and How to Prevent It

Choking is common in children and can be a true medical emergency. Signs of choking include gasping or wheezing, an inability to talk, cry, or make noise, grabbing the throat or waving the arms, appearing panicked or turning blue in the face…

Summer is the most likely time to be injured by lightning during a thunderstorm. Lightning strikes can be fatal and can strike up to eight miles ahead of a rain shower? The most dangerous places to be during a thunderstorm are on the road, in a body of water or at sports fields…

While carbon monoxide may come to mind more frequently during winter months, it’s actually a year-round hazard. Knowing how children can be exposed to carbon monoxide can keep them safe from this colorless, odorless, tasteless, poisonous gas.

Nearly seven out of every 10 high school students sleep less than 8 hours on an average school night. Changes in the brain during adolescence alter teens’ internal body clocks. A few hours of missed sleep a night may not seem very important, but it can create a noticeable sleep deficit over time…

Where are precautions for cellphone and computer use and the threats to health that include cancer and numerous other diseases, many of which take years to develop but can be fatal nevertheless?

Two scientists who had long careers in the military specializing in the use of EMF to injure the enemy are being quoted by EMF health advocates.

Jerry Flynn, retired Canadian Army captain who spent 22 years in its “electronic warfare” unit, is urging Canadian public and health officials to admit there is a danger to health.

Also being circulated are the views of Barrie Trower, retired U.K. military intelligence scientist specializing in microwave and stealth warfare. There are numerous links to his views on the web.

One of his earliest appearances was an interview April 19, 2010 on Radio 7 RSA South Africa by Jenny Williams.

Said Trower: “During the 1950s and 1960s during the Cold War, it was realized by accident that microwaves could be used as stealth weapons. “The Russians beamed the American embassy during the Cold War and it gave everybody working in the embassy cancer, breast cancers, leukemia's whatever, and it was realized then that low level microwaves were the perfect stealth weapon to be used on dissident groups around the world, because you could make dissident groups sick, give them cancer, change their mental outlook on life without them even knowing they were being radiated

“And one of my particular tasks…I spent eleven years questioning captured spies…one of my tasks was to learn the particular frequencies of microwaves that they used on which particular victims, if I may use that word, and what the outcome was, and I built up a dossier…I'm probably the only person in the world with the complete list…I built up a dossier of what pulse frequencies of microwaves will cause what psychological or physiological damage to a person.

Williams: That's not covered under the official secrets act or anything like that, is it?

Trower: “To be honest ma'am, I don't care about the official secrets act when I see what is going on in the world through what I call ignorance...They can do with me what they like, but I feel that it is my task to answer questions from governments, royalty, schools, anybody around the world, I tell them exactly what I know, exactly what I've done so that governments and organizations and people can actually see the truth.”