The Wi-Fi Now 2016 conference April 19-21 in Tysons Corner, Va., after giving O’Dwyer’s press credentials, has withdrawn them after being told O’Dwyer’s would raise health issues related to Wi-Fi, cellphones and other radiation sources.

The press boycott poses a problem for Jessica Rosenworcel, Commissioner of the Federal Communications Commission, who is to give a “Fireside Chat” Thursday, April 21 from 11 to 11:30 a.m. at the Sheraton Tysons Corner Hotel.

Claus Hetting, of Hetting Consulting, Denmark, chair of the conference, has told O’Dwyer’s that discussion of health issues related to Wi-Fi is barred from the conference. Barred are presentations by any electromagnetic radiation health advocates.

Such a boycott should not be allowed in America. An O’Dwyer staffer should be able to cover the Rosenworcel talk and ask questions.

Having been shut out of “the world’s first Wi-Fi conference,” health advocates have created “Wired Health Now 2016” which will run in cyberspace on the same three days as Wi-Fi Now on the O’Dwyer website.

Dozens of participants have been lined up who have already submitted texts that have links to scientific studies, YouTubes, testimony to government groups, etc. Technicians who have measured radiation levels in New York City apartments will present their findings.

Topics will include actions by citizens groups demanding removal of Wi-Fi from classrooms and libraries; actions by government bodies in the U.K., France, Canada, Russia, Israel and other countries limiting use of Wi-Fi and warning about the dangers they present; lawsuits asking for monetary damages because of Wi-Fi; citizens groups protesting plans by Google and others to blanket the earth with Wi-Fi emitting radiation; use of wireless “smart” utility meters, and coverage of the failure of mainstream media to pay much attention to health issues and Wi-Fi, cellphones, cell towers, and other sources of radiation.

A committee of Wired Health Now 2016 will target boards of PR groups whose memberships are largely women and whose boards are dominated by women, seeking to have them put the interests of children, babies and fetuses ahead of any political concerns of the groups. 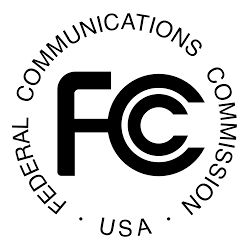 Wired Health Now 2016 committee members will reach out to Commissioner Rosenworcel, who has put special emphasis on children having access to the web.

She has been called “an outspoken advocate for families and students unable to access the internet after school hours for homework.”

She has supported the “Digital Learning Equity Act” that has been placed before the House of Representatives. She is an outspoken proponent of “pushing forward on 5G.” the next generation of Wi-Fi technology. Critics say 5G poses new and more dangerous threats to users.

However, Rosenworcel has never been quoted saying that caution must be used by children with cellphones and computers.

An email has been sent by O’Dwyer’s to Rosenworcel asking for her thoughts on charges that cellphones and computers are health hazards as well as communications aids.

Telephone calls and emails have also been sent to PR staffers at the FCC. Thus far there has been no response from Rosenworcel or the PR staffers.