Apartment dwellers in New York and elsewhere don’t realize it but dangerous radiation is pouring through their windows from cellphone antennas atop other buildings. Highest apartments are most at risk.

With the aid of binoculars, we located more than 40 such antennas beaming into our 21st floor corner apartment which unfortunately has 10 windows. The antennas were initially pointed out to us by a technician who came to our apartment to measure the radiation.

Immediate solutions include putting down the metal venetian blinds which cut the radiation from 10,000 microwatts per meter squared to 5,000 and staying away from the windows. We have also been advised to move to a very low apartment in the building.

The measurement at our desk in the middle of the room is down to 250 or so.  Bioinitiative, which has extensive research on the health effects of electromagnetic radiation, (EMR) used to say that under 1,000 microwatts was a target. But it now says that any radiation is unacceptable although it may take years for symptoms to develop.

Our computer also shows more than 60 Wi-Fi beams are coming through the walls and could be used by us if we had any of their access codes. The building has 485 apartments. However, the technician who came to our apartment said this is far less dangerous than radiation through the windows.

The bedroom of our apartment is getting zapped to the tune of 3,370 on the side of the bed closest to the window to 1,200 on the other side.

Solutions include moving the bed farther from the window, buying metalized draperies or buying a canopy for $1,055 as recommended by EMF Analysis.

Coating all ten living room and kitchen windows with clear, metalized film would cost $2,600. That is an option being considered. The material can also be purchased directly from Vista Window Film, Martinsville, Va., and applied by an apartment owner at a considerably lower price.

The company says its product, formerly SLTWF1, is virtually undetectable on windows but provides a Radio Frequency barrier as well as keeping the home cooler and more comfortable while protecting the décor. It blocks analogue and pulsed digital signals for external sources such as microwave transmitters, cellphone towers, neighbours’ cordless telephones and Wi-Fi signals.

Technicians tell us that some of the new apartment buildings in New York have metalized windows that block the radiation. Apartment dwellers and office workers throughout the U.S. need to investigate the radiation levels at both home and office.

Following the visit by the technician, we purchased an Acoustimeter for $350 from EMF Fields Solutions  and found it closely tracked with what the technician had found using an instrument costing about $1,000—a Gigahertz Solutions HFE59B Radio Frequency Analyzer.

EMR health advocates are astounded by the almost complete lack of media attention on this topic.

Many other telecom companies are major advertisers including  LG which has a full page ad on page 5 of the April 17 New York Times for its “best phone LG’s ever made”—LG G5.

Media do not want to rattle the cage of some of their biggest advertisers.

EMR health advocates, normally shunned by media and barred from conferences such as “Wi-Fi Now 2016” in Tysons Corner April 19-21,  are conducting their own conference on the same dates hosted by odwyerpr.com.

Dozens of “speakers” have been lined up for “Wired Health Now 2016” including scientists, educators, journalists, technicians, victims of EMR hypersensitivity, groups devoted to EMR health and lawyers who have launched EMR-related lawsuits. They will participate by emailing texts supported by links to documents.

odwyerpr.com has posted more than 200 stories on the health hazards of EMR in the past several months including 185 under the heading “radiation,” 98 under “cellphones,” and 23 under “EMR.” They can be accessed via the search box at the top of the site by both subscribers and non-subscribers

Schools, from grade school to high schools and colleges, show almost no interest in EMR dangers. Cited is the position of the Federal Communications Commission that unless radiation heats the body, it has no effect. EMR health advocates say genes and chromosomes are being scrambled and numerous other health ill-effects can be observed without heating.

Tom Moore, president of the Westhampton, New York, library, husband of Westhampton Beach Mayor Maria Moore, on Feb. 27 cited the FCC’s standard as the reason the library’s Wi-Fi will not be disturbed.

Another current example is the stance of Children’s of Alabama, the third largest pediatric facility in the U.S., which lists 51 topics for “kids health” but leaves EMR unmentioned. Snake bites, toy safety, lice, tanning beds, cutting sugar and energy drinks are among the topics discussed. 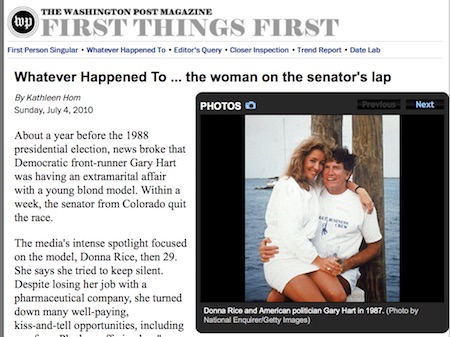 Communications head of the hospital is Gardner Stansell, national board member of PR Society of America, world’s largest PR group with 22,000 members. Eleven of the 17 board members are women as are nearly 80% of the members.

Emails and phone calls to Stansell and members of the communications department have been ignored. Also not responding on this topic are any officers of the PR Society or any of the 55-member st.

FCC Commissioner Jessica Rosenworcel is speaking April 21 at the Wi-Fi Now conference that barred coverage by O’Dwyer reporters after learning that the reporters would raise the topic of EMR and health.

Attempts to reach Rosenworcel or any member of the FCC public affairs staff have been unsuccessful.

Donna Rice Hughes, host of Enough is Enough and Friendly Wi-Fi, a speaker at Wi-Fi Now on the topic, “Why porn-free Wi-Fi in America is possible and profitable,” was asked to provide an essay for the “Wired Health Now 2016.” She said she would not be able to do so. Hughes, then 29, is the woman shown sitting on the lap of Presidential candidate Gary Hart in 1988, a photograph that ended his bid.

Wi-Fi Now 2016, in practicing a press boycott, is trampling on bedrock American values such as freedom of the press and free speech. Depictions of the American flag and Washington, D.C., monuments have been removed from Wi-Fi Now logos that appear on the O’Dwyer website. It also not allowed to use D.C. as the conference location site since it defiles the values of our nation and is 11 miles away in Tysons Corner, Va.

The opening day of the “Wired Health” digital conference will focus on the dangers of EMR to children, babies and fetuses.