AT&T, which bought DirecTV (wireless) for $49 billion last year, is on a drive to end landline phone service nationwide, alarming EMR health advocates who see danger in cordless and cellphones.

The battle was joined in the California legislature April 13 when an initial hearing was held on AT&T’s bid to decommission all its landlines in the state.

It’s time for the state to move into the 21st century since 85% of residents no longer have a conventional landline phone from a traditional provider, the company told legislators.

AT&T has to maintain 600 central switching offices as if the copper lines were being used at 100% of capacity even though some offices are running at just 2%, it was said. The state has ten million+ copper landlines that are costly to maintain, it said.

“Every dollar a company spends on old technology is a dollar that can’t be spent on new technology,” said Ken McNeely, president of AT&T California, in an interview with Techwire.

The AT&T stadium that is home to the San Francisco baseball Giants has 1,700 Wi-Fi “hotspots” under the seats and is the “most Wi-Fi-wired baseball stadium in the country,” according to the company.

EMF Health advocates say AT&T has no idea how truthful it is being when it talks about “hotspots.” The electromagnetic radiation bombarding those sitting in the seats and those nearby can have serious health consequences including cancer, say the advocates. 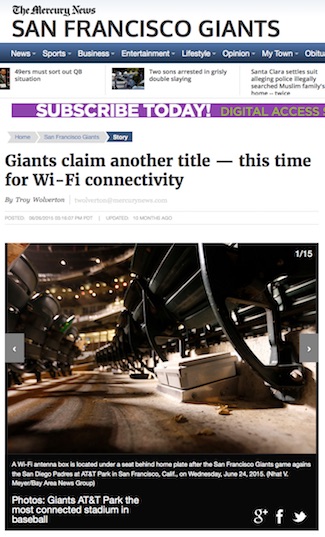 Health advocates are urging the public to replace cordless phones with landlines, saying the cordless variety are especially dangerous since them emit signals continuously. Cellphones are dangerous since many people don’t know enough not to hold them near their ears or carry them on their persons. Manufacturers provide such advice but in small type at the end of instruction manuals.

Dangerous radiation related to cellphones impacts everyone since there are more than 5,000 free-standing utility-owned cell towers in the U.S. emitting powerful radiation. In addition, the tops of many apartment and office buildings have cellphone antennas that bathe the area in radiation.

This reporter’s New York apartment, from which more than 40 cellphone antennas are visible, receives 10,000 microwatts per square meter at the windows, according to a technician who conducted measurements throughout the apartment.

The number rapidly falls off away from the windows. The technician recommended a metalized clear film that would block incoming radiation. However, another technician said that would “trap” the radiation coming from more than 60 Wi-Fi’s that are operating in nearby apartments in our building and come through our walls (visible on our MacBook) and turn the apartment into a giant microwave oven.

EMR health advocates are concerned about an increasing number of airlines that have on-board Wi-Fi after many years of requiring passengers to turn off cellphones when the plane starts rolling.

Advocate Camilla Rees, noting that airplane bodies are classic “metal cages” since the windows are so small, says use of cellphones on planes is particularly dangerous to all on board either before or during the flight.

Her list of 54 precautions for cellphone and computer use is the most complete this writer has seen and urges schools, libraries, offices and other places to print it out and display it prominently.

EMR Advocates at Left Forum May 22

EMR health advocates have secured a place on the program of the Left Forum May 20-22 at John Jay College of Criminal Justice, 524 W. 59th st., New York. About 5,000 are expected for a program that will have more than 1,000 speakers and hundreds of panels. 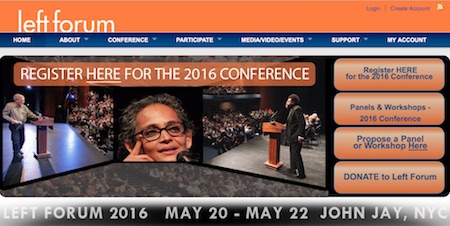 Theme of the meeting is “Rage, Rebellion, Revolution, Organize Your Power.” The Left Forum developed out of the Socialist Scholars Conference, which met in 1981. The opening plenary speaker for the 2010 conference was Rev. Jesse Jackson. The closing plenary featured Noam Chomsky, and included a tribute to Howard Zinn from Arundhati Roy and Frances Fox Piven, along with a performance of Zinn’s play “Marx in Soho.” The Zinn tribute and Chomsky’s appearance drew the expected enormous crowds, with people lining up around the block, says Left Forum.

Speaking on behalf of EMR health advocates will be Martin Pall, Ph.D., biochemist, who has studied electro-hypersensitivity.

Occupyemfharm.org sees the forum as a “golden opportunity” to win the public’s attention to the dangers of excessive non-ionizing radiation.

Its website has compiled a list of background materials that could be displayed at the conference including the documentary “Take Back Your Power” that exposes the dangers and costs of wireless utility meters, also called “smart” meters.

The dangers to children posed by Wi-Fi in schools is covered by a YouTube segment.

“Polarization: A key difference between man-made and natural electromagnetic fields, in regard to biological activity,” is the title of research by D.J. Panagopoulos, Olle Johansson and G.L. Carlo.