Terry Neal, former national political reporter for The Washington Post and a longtime communications consultant and media relations strategist, has moved to Washington, D.C.-based public affairs giant Podesta Group, where he will serve as a principal in the firm's PR practice. 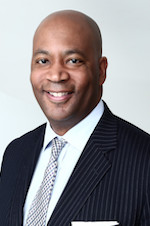 Neal, who began his journalism career as a reporter for the Fort Lauderdale Sun-Sentinel and The Miami Herald, joined The Washington Post in 1994, where he first served as a metro reporter before being promoted to its national desk in 1997 and becoming a political reporter, and later, a political columnist for washingtonpost.com. Neal, who briefly exited the daily newspaper in 2000 for a director stint in Burson-Marsteller's Washington, D.C. media practice, left the WaPo in 2007.

Podesta Group PR Managing Principal David Marin referred to Neal as “a battle-tested communicator with the right acumen and experience to help us continue to advance and diversify our strategic communications offering.”

Podesta, which was founded in 1987, accounted for more than $9 million in net fees last year, according to O'Dwyer's rankings of PR firms.