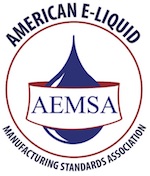 Electronic cigarettes, which are often touted as an alternative to traditional cigarettes, contain a heating element that vaporizes a fluid called e-liquid (or “juice”), which typically contains varying amounts of nicotine, as well as different flavorings and compounds such as propylene glycol and glycerine. The massively popular electronic cigarette industry in 2014 surpassed $2.5 billion in U.S. sales.

The risks and long-term health affects associated with e-cigarettes remain unknown, and have become an issue of contentious debate among industry advocates, health groups and regulators. The US Food and Drug Administration, which has proposed regulations for the industry as far back as 2014, this year stated that e-cigarettes are “likely less hazardous” than conventional cigarettes, but said the devices have not been sufficiently studied, and it also remains unknown whether the practice leads young people to begin smoking traditional cigarettes (e-cigarettes sales are now prohibited to minors in most states).

The industry was hit with a massive roadblock in May, when the FDA announced that it would now classify electronic cigarettes as tobacco products, requiring the marketing, labelling and manufacturing of all new “vaping” devices and liquids to be approved by the agency prior to being sold. That expensive approval process, industry professionals have said, would put many e-cigarette and e-liquid makers out of business.

Congress, meanwhile, last year introduced HR 2058, or The FDA Deeming Authority Clarification Act of 2015, which would allow e-cigarette and e-liquid products on the market prior to being deemed a tobacco product to be grandfathered into agency approval, exempting them from filing applications for premarket review. That bill was introduced by Rep. Tom Cole (R-OK).

Miamisburg, OH-based AEMSA has hired The FGA Group to push its support for HR 2058 on Capitol Hill.

The AEMSA account will be managed by The FGA Group founder and managing director Lawrence Flick, who served as director of legislative affairs at the White House Council on Environmental Quality during the George H.W. Bush administration and was also a minority staff director on the House Subcommittee on Oceanography for minority member Rep. Shumway (R-CA).