Hotwire, the US and UK tech PR specialist that has been lining up international partners of late, has acquired Eastwick Communications, a 25-year-old bi-coastal US tech firm.

The combined US operation counts 70 staffers in San Francisco and New York. 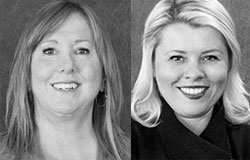 Craigie noted the deal will push Hotwire, owned by Australia's Energo Group Limited, into the upper echelon of tech PR firms in the US and "put a big bold question mark against the traditional multinational PR agency model."

"It really came down to two things," Craigie told O’Dwyer’s. "A true appreciation of the importance of our people and how we need to strive to create new challenges and opportunities for them. Plus, a joint unwavering focus on being first to 'what's next'."

Hotwire has recently inked partnerships with firms in Latin America, the Netherlands and Middle East in a bid to compete with the large global agencies.

Bates, a former VP of the Benjamin Group who led marketing communications for Acuson and Calma in the 1980s, said the deal will allow her firm to "multiply the impact of our creative thinking, helping our clients to accelerate their reputation and growth not only in North America, but across the globe."