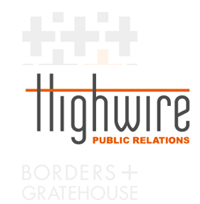 The firm, which saw billings jump more than 37% last year to top $4M, has added staff and moved into a 7,000-square-foot space in the city's Jackson Square neighborhood. It also has a new space in Chicago under VP Carolyn Adams and is bolstering its global reach with the addition of Horn Group senior VP Vitor Souza as senior VP and global client lead.

Founder and principal Emily Borders, a Schwartz Comms. alum, said the new name evokes the "elegance and thrill of a smartly executed campaign and acknowledges the payoff for taking risks."

Clients of the firm include Elance, PasswordBox, Twilio and ConsultingMD.

Other changes at the firm include establishment of a content bureau and expansion of professional development under chief cultural officer Guryan Tighe, who joined last month after stints in her own firm and in corporate communications at now-defunct electric vehicle battery developer Better Place.