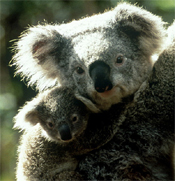 Tourism Australias VP of the Americas, Daryl Hudson, said the Omnicom unit showed a solid understanding of the business as well as the future of public relations, adding a desire to capitalize on the digital realm.

He said F-H did a great job over the past three years, including the rollout of its current campaign, Theres Nothing Like Australia, and playing a key role in Oprahs PR blockbuster visit earlier this year.