Crisis specialists Fabiani & Lehane are pushing back hard in defense of Lance Armstrong in the wake of a damaging 60 Minutes report that had a former teammate of the cycling champ accuse him of doping. 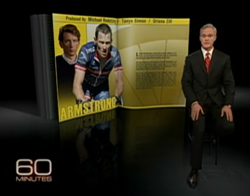 Scott Pelley led a six-month investigation for 60 Minutes that culminated in a segment aired May 22 that had former Armstrong teammate Tyler Hamilton outline in detail Armstrongs alleged drug use. Hamilton, who has failed drug tests for cycling competitions, returned an Olympic Gold medal this month and said Armstrong had helped him securing performance enhancing drugs in the past.

He also said Armstrong tested positive for PEDs but that the results were covered up by cycling authorities and Armstrongs own personnel.

Armstrong declined to be interviewed for the report.

Fabiani has established a website, facts4lance.com, with statements and responses to a growing chorus of accusations against Armstrong.

Throughout this entire process CBS has demonstrated a serious lack of journalistic fairness and has elevated sensationalism over responsibility, said a statement from F&L, based in Washington, D.C. CBS chose to rely on dubious sources while completely ignoring Lances nearly 500 clean tests and the hundreds of former teammates and competitors who would have spoken about his work ethic and talent.

Fabiani, who guided President Clinton through Whitewater, also pulled no punches for Hamilton.

Tyler Hamilton is a confessed liar in search of a book deal  and he managed to dupe 60 Minutes, the CBS Evening News, and new anchor Scott Pelley, he said. Most people, though, will see this for exactly what it is: More washed-up cyclists talking trash for cash.