William “Bill” Kresse, a professional illustrator and cartoonist who spent his later years providing illustrations for O’Dwyer’s magazine, passed away on January 21. He was 80 years old.

Kresse is perhaps best known as illustrator and co-creator of the popular weekly comic strip “Super” Duper, which appeared exclusively in the New York Daily News every Sunday during the late 1960s and early ’70s. 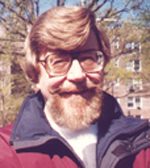 Kresse was also an artist for Archie Comics spinoff series Archie’s Madhouse, and often contributed gag and pin-up art (often referred to by modern collectors as “vintage sleaze”) that ran in popular men’s magazines of the day, notably digest publication Humorama. In a 2010 retrospective of his work, blog Vintage Sleaze referred to Kresse as “An under appreciated master who created work which looks better today than it did 50 years ago.”

Kresse was born June 17, 1933 in Brooklyn. His art career began immediately after graduating Brooklyn’s High School of Industrial Arts, when he got a job illustrating for famed animation studio Terrytoons, which created many popular cartoons of the post-war era, including “Mighty Mouse,” “Heckle and Jeckle,” “Deputy Dawg,” and “The Mighty Heroes.”

Stints at the Associated Press and Herald Tribune followed, but Kresse landed his breakout role in 1968, after he and artist Rolf Ahlsen pitched their idea for a Sunday strip to Daily News Sunday editor Worth Gatewood. That idea became “Super” Duper, a weekly comic about a bumbling superintendent. That strip ran every Sunday from 1968 to 1972.

Kresse later became a regular on the kids variety program “The Everything Show,” where he provided on-air drawing lessons to children. He also made appearances on talk shows such as Joe Franklin, where he often drew caricatures of celebrity guests. He published a book about cartooning titled An Introduction to Cartooning through publishing company Arco Pub.

In 1974, Kresse received an Advertising and Illustration Award from the National Cartoonist Society, and was awarded the NCS’s prestigious Silver T-Square in 1977.

In his later years, Kresse worked as an illustrator for O’Dwyer’s magazine, where he created art to accompany the magazine’s page six editorials. His last cartoon for O’Dwyer’s appeared in its November 2013 issue, which featured an elephant slipping on a banana peel, a reference to recent missteps made by the Tea Party. It would be his last published work. 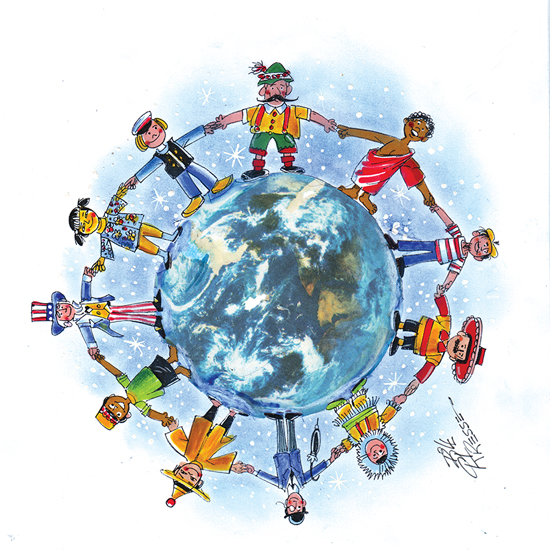 Kresse, a longtime Queens resident, was an active member of The Knights of Columbus and the St. Joan of Arc Theater Group. He was also a member of the Berndt Toast Gang, a New York branch of the National Cartoonists Society named after long-time Smitty cartoonist Walter Berndt.

A 1994 overview of Kresse’s newspaper work ran in Hogan’s Alley magazine. In the feature, Kresse was quoted as saying the following: “Don’t ever be afraid to try something new. You will learn from it, use it, and, hopefully, profit from it.”

Kresse is survived by his wife, Lorraine. In lieu of flowers, donations can be made to The North Shore Animal League, at www.animalleague.org.