Freedom of expression and anti-secrecy advocates are coming out of the woodwork in support of Booz Allen Hamilton whistleblower Edward Snowden. 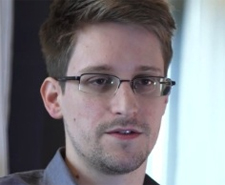 Wikileaks founder Julian Assange called him a "hero," while Pentagon Papers leaker Daniel Ellsberg said the disclosure about the National Security surveillance program was "one of the greatest national security leaks in recent American history."

The debate over whether Snowden is a lawbreaker or treasure has just begun. That's but a sideshow.

A more important debate focused on the privatization of U.S. government functions should also begin. The small government crowd has been dismantling or "right-sizing" government and federal employees for quite some time in the quest to achieve efficiencies.

BAH hitched a ride on the federal gravy train, hauling in more than $5B in revenues with 36 of 45 top secret agencies, according to today’s Washington Post. Staffers at BAH earn much more than their federal counterparts, which raises red flags about cost-savings. The revolving door spins. Federal employees set up programs and then take contractor jobs to administer them.

Can't the guys who write RFPs at federal agencies do the work themselves?

The BAH affair also raises the question about the basic "outsourcing" of national security to the private sector. It doesn’t sit well that a company responsible to the whims of Wall Street is doing the work of the NSA, which is supposed to be the savviest technology unit of federal Washington.

BAH, which is shocked by the Snowden leak, played by the rules.

The rules, perhaps, need to be changed.