Less than four-in-ten (39 percent) of Fortune 1000 executives think their company is very prepared to handle risks they face from such challenges as unexpected competitors and political instability, according to research conducted by APCO Worldwide.

When it comes to specific challenges that level of confidence drops even further. Just 34 percent of the 520 executives surveyed in the September 2018 study said that they felt very prepared to deal with hurdles put up by the global regulatory environment, and only 23 percent said they felt completely ready to handle consumers’ growing expectations for companies to take a stand on social issues. 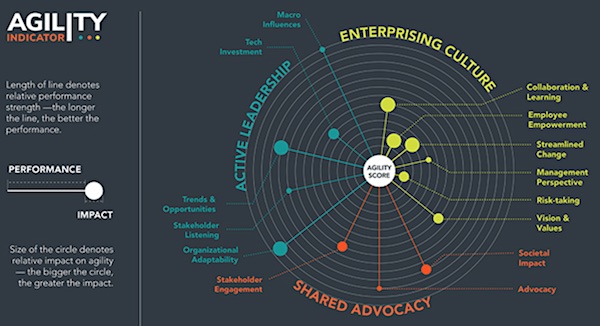 Coming in even lower on the confidence scale were dealing with a negative event about their company on social media (just 22 percent felt very prepared), recruiting and training talent (18 percent) and responding to geopolitical threats and political uncertainty (14 percent).

Respondents cited a number of problems that need to be addressed to combat this lagging confidence. One executive said that “the ability to innovate to stay competitive” was a particular challenge. Others mentioned such areas of difficulty as “being able to adapt to changing times and technologies” and “new and unknown competitors.”

Surprisingly, confidence goes down as execs rise through the ranks. While 42 percent of middle managers on the c-suite track said their companies were very prepared to handle risk and disruption, that number drops to 30 percent for current c-suite leadership.