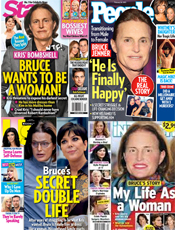 Bruce Jenner is working with veteran entertainment PR counselor Alan Nierob ahead of his anticipated April 24 sit-down with Diane Sawyer.

Jenner, who is drawing tabloid attention as he reportedly undergoes gender reassignment, engaged Nierob, an executive VP at Rogers & Cowan, in February after the former Olympian and "Keeping Up with the Kardashians" star was involved in a fatal car accident in California.

Nierob guided longtime client Mel Gibson through a career crisis in the mid-2000s and has represented stars like Steve Martin, Liam Neeson and Denzel Washington.