Labor Day is a day that recognizes the achievements of the labor movement. But quite a few people are having to rely on their own ingenuity and creativity to get by, renting out their homes or parts of them and using their own cars as taxis.

The U.S. Government definition of Labor Day is as follows: 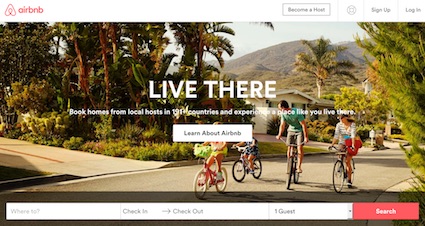 “Labor Day, the first Monday in September, is a creation of the labor movement and is dedicated to the social and economic achievements of American workers. It constitutes a yearly national tribute to the contributions workers have made to the strength, prosperity, and well-being of our country.”

But in the Hamptons, an area better off financially than most of the nation, we find that quite a few of our neighbors and friends are having to scratch to make ends meet.

Some streets in Westhampton Beach have a half dozen or more homes that have been listed on Airbnb.com. Other listings are on HomeAway.com. Residents on these streets who complain about congestion or noise are told by officials that proper “permits” have been obtained. The officials like the increased economic activity and are turning a "blind eye" to violations, say some residents. 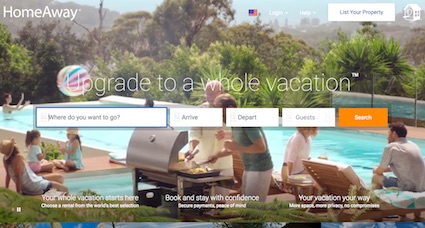 Anywhere from single rooms to entire houses can be rented for days, weekends or lengthier periods. The Westhampton Beach Airbnb site has more than 300 listings and the same is true for Southampton, East Hampton and Hampton Bays. Prices go from $50 for a night in a modest neighborhood to $1,000 or more for a weekend in a tony section. A charge of $500 for a weekend night is not uncommon.

Speculators have bought homes for the sole purpose of renting them. The glut of available homes/rooms has killed the normal rental real estate market, say some local agents. The numerous rentals have goosed the local economy since the homes need service by carpenters, house watchers, cleanup women and men, etc. Thus far the villages are adopting a hands-off policy because of the increased business being generated.

Uber, a similar movement, uses the private cars of its participants.

Some owners of high-priced cars, a common sight in the Hamptons, are renting them out by the day, week or month in order to help meet the payments on them. Arranging this is turo.com.

In the PR/communications arena, recent grads and senior PR pros are finding that the best and maybe the only employment may be setting up their own practices. Millions of businesses need promotion. Quite often the costs of an established PR firm might be out of their range. But businesses can be introduced to the values of PR by recent grads who know their way around the web and social media.

The singles market segment, which was driven from most of the Hamptons by laws that limited the number of unrelated people who could rent a house, are returning in large numbers via Airbnb and HomeAway.

WHB lost four of its six gas stations in the slide that followed the expulsion of the singles as well as at least ten restaurants and nightclubs. An investor has now shown interest in one of the restaurants that closed after declaring bankruptcy owing more than $600,000. Brandon Quinn of The Southampton Press tabulated the closing of more than 20 local restaurants and clubs in a feature Dec. 2, 2014 http://tinyurl.com/pmudnix Titled: “Hamptons Party Scene Found Dead, Locals Want Answers.”

Airbnb, founded in 2008 by Brian Chesky and Joe Gebbia of San Francisco under the original name of “AirBed & Breakfast,” currently has more than 1.5 million listings in 34,000 cities and 191 countries. It is privately owned and operated.

The initial site offered short-term living quarters, breakfast and a networking opportunity for attendees at a conference of the Industrial Designers Society of America who found rooms were not available at the local hotels.

Chesky and Gebbia, who could not afford the rent on their loft in S.F., converted their living room into a B&B and hosted three initial guests.

A “significant investment” was made in 2011 by actor Ashton Kutcher, a partner at A-Grade Investments. He became an advisor to the company.

Aldermen representing the up-scale North Side complained that it was being transformed into an “ad hoc hotel zone for partying tourists.” Lincoln Park Alderman Michele Smith said the Emanuel plan was “throwing aside decades of zoning rules in order to turn over the keys to our neighborhood to this $25 billion multinational company.”

Airbnb threatened a lawsuit over language in the plan that the company said illegally made them responsible for the behavior of Airbnb customers. Company ads said homeowners doing the renting needed the money to make ends meet.

Both Uber and Airbnb have threatened lawsuits and leaving Chicago if onerous regulations are passed, said the Tribune.

Said Alderman John Arena: “Stop letting corporations write our laws to benefit them to the detriment of our communities which are suffering. We are letting them self-regulate themselves and we continue to see what that does to our economy. It drives us further to a Wal-Mart economy. Everything’s cheaper, but you’re not safer and the service is not better.”

Both Airbnb and Uber “have pushed back hard” against rules that they claim are too restrictive, the Tribune reported.

Short-term rentals in the Hamptons via Airbnb and HomeAways have not yet resulted in the level of complaints that led to the passage of draconian anti-singles laws throughout most of the Hamptons in the 1980s and 1990s.

The singles were unorganized and put up little resistance. Hampton towns will face strong opposition if they decide to limit the short-term rentals via the two companies.

Residents who have complained about too many “B&B’s” on their streets tell us that officials are not ready at this point to clamp down on this new end-run around the ban against more than a couple of singles in any one home.