Organic growth at Publicis Groupe inched up a minuscule .2 percent to €2.32 billion (about $2.54 billion) for 2016’s third quarter, while growth slid .4 percent for the period ending September 30. 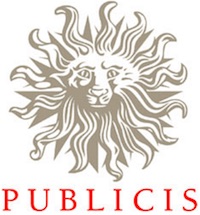 For the year, consolidated revenue at the French PR/ad combine was up 2.9 percent, to €7.06 billion (about $7.6 billion) compared to €6.87 billion during the same period in 2015. Organic growth revealed a year-over-year uptick of 1.9 percent.

In a quarterly earnings statement issued today, the world’s third-largest ad conglomerate said it had anticipated a slowdown in North America for the period, and said its financials were “significantly impacted” by media account losses in the “media palooza" of the last year, as well as projects recently completed at digital property Razorfish.

Publicis experienced a similarly sluggish second quarter as a result of the performance by its North American properties, with North American business declining 0.1 percent organically and 0.3 percent overall to €1.3 billion for the period, with the marketing conglomerate posting a .9 percent year-over-year uptick to €2.4 billion.