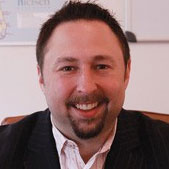 Miller, a partner and executive VP of Philadelphia-based Jamestown Associates, oversaw the communications operation of Ted Cruz's presidential bid this year and was a national deputy for Rudy Giuliani's 2008 campaign for the White house.

His campaign experience includes successful bids for Gov. Matt Bevin in Kentucky and the comeback run for Congress of former Gov. Mark Sanford in South Carolina.

Miller is expected to take a key advisory role as a prominent face of the Trump campaign, which has relied heavily on press secretary Hope Hicks and the recently departed Corey Lewandowski.